This link is ONLY for 1 x Qaroma XL Quartz Housing. We recommend purchasing full kits, unless you are well versed in sourcing/ setting up your own Controller and Coil. We are not responsible for any issues arising from mix/match of parts.

Qaroma XL uses a 30mm, Clockwise, 5 wrap Heater Coil to transform Qaroma into a full fledged aromatherapy flavor beast! This is definitely not for the faint hearted.

Qaroma XL uses around 500pcs of 3mm Rubies in its Gemstone Chamber. It is pretty much impossible to overpower the Qaroma XL. Perfect for individual, group sessions or special events. Qaroma XL has possibly one of the largest capacity bowls in the market. As always, our Qaroma and Qaroma XL heaters has 100% metal free airpath.

Note: Qaroma XL is only warranted for Dead on Arrival (DOA) cases, reported within 24 hours of receipt, with proper evidence. Please take care of your Quartz products.

Qaroma XL has a raised step in its design, to better stabilize and to provide better coil contact. As such, it is only compatible with 30mm, 5 wraps, clockwise coils.

The built in Gemstone Chamber acts as airflow control, and for better heat retention/recovery due to increased total mass. You can add or mix Aroma Pearls and/or pillars of different color and sizes, for endless combinations and possibilities. We only offer 3mm Ruby Aroma Pearls at the moment.

Do not modify or use modified/ incompatible coils on Qaroma. For reference, our Coil Pinout is:

Note: When resting the heater for a long time, the Qaroma XL Stand will feel like touching a bowl of hot soup. However, it is safe to touch for a few seconds. 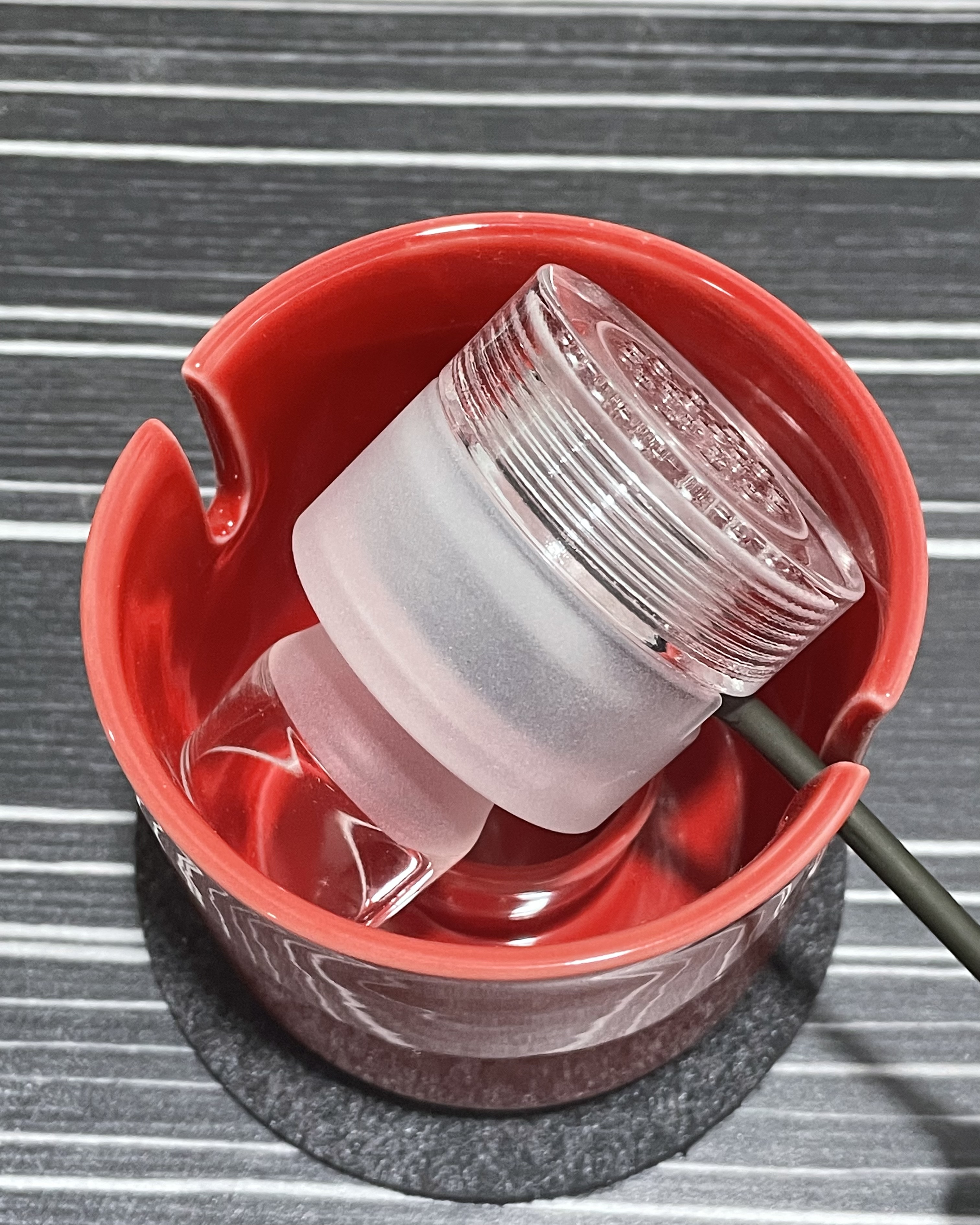 The applications for Qaroma XL are endless. Anyone who requires small scale, ultra clean convection heating, at precise temperatures will benefit from the Qaroma XL. Due to its standard laboratory glass sizes, modifying the Qaroma XL to suit your needs is made very easy. There are truly no fixed way to use the Qaroma XL.

This link is ONLY for 1 x Qaroma XL Quartz Housing

No warranties or returns